After two seasons in the Seconda Categoria, coaching first Stia and then Faellese, during which he familiarised himself with the new position, Maurizio Sarri achieved his first positive results in Promozione (the 6th level of Italian football), taking Cavriglia into Eccellenza (the 5th level) in the 1994/95 Championship, and then doing the same for Antella, in 1996/97.

Over this period the manager continued to build his ideas, gradually bringing them into full focus both on and off the pitch. His first important experience was at Sansovino. Over a three-year period, from 2000 to 2003, the club was promoted twice, climbing from Eccellenza to Serie C2. This accomplishment was further consolidated with his Coppa Italia Serie D victory, heralding Sarri’s arrival among the professional ranks.

Next came another season and another leap up in the leagues. This time was the turn of Sangiovannese, which he guided into Serie C1 in the 2003/04 season and led to 8th place in the league the following season. Behind the impressive feats achieved by the Blues was the club’s President Arduino Casprini who lost his life in a tragic road accident on 26 December 2004, just when his ambitious plan for Sangiovannese to fight for a place in Serie B was coming to fruition. Maurizio will always remember President Casprini as one of the kindest people he ever met in the world of football.

In 2005 Maurizio Sarri made his debut in Serie B, signing for Pescara. Under his management the club, fresh from several disappointing seasons, finished in 11th place, avoiding the relegation zone with three fixtures to spare. Although he went on to hand in his resignation at the end of the championship, Maurizio has never forgotten the time he spent on the Adriatic coast or the Delfino fans, to whom he still feels a lot of gratitude and affection. The blue and white shirt – he would say later – is something that you can never take off, it stays with you forever. Then came Arezzo, Avellino, Verona, Perugia, Grosseto, Alessandria and Sorrento. The long road was paved with times of crisis and moments of euphoria but Maurizio always had one concept clear in his mind: on the competition field, the game comes first. In Sarri’s universe football is the sun around which everything else revolves.

In the summer of 2012 Maurizio Sarri moved to Empoli in Serie B. In the first year he led the team to the play-offs and then, in the second season, to Serie A. His debut in the top flight of the Italian football league system was a great success and was there for all to see: Empoli preserved their place with four fixtures to spare.

In 2015 he received the call from Napoli. The time he spent with the club was particularly special because Maurizio was born in Naples and he’d always carried the club in his heart. Over the course of three seasons Maurizio Sarri achieved two second places and a third place, as well as improving the club’s all-time scoring record three times. 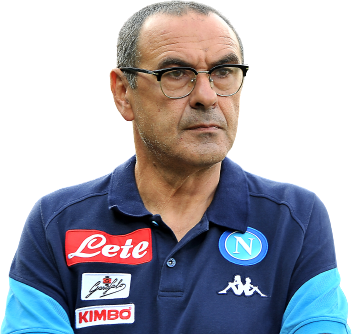 “His style of football is as good as a drink in the sun”.
Pep Guardiola 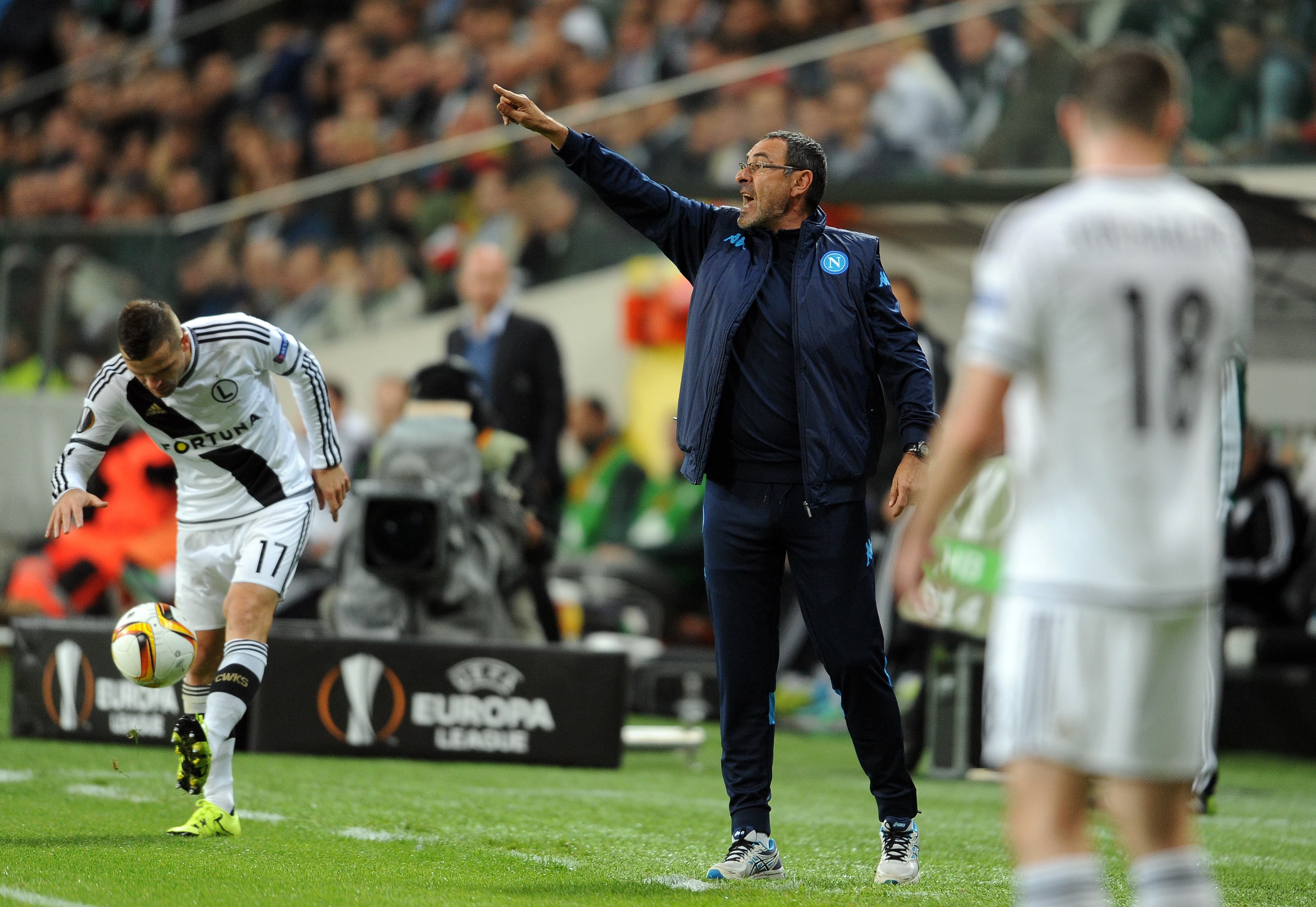 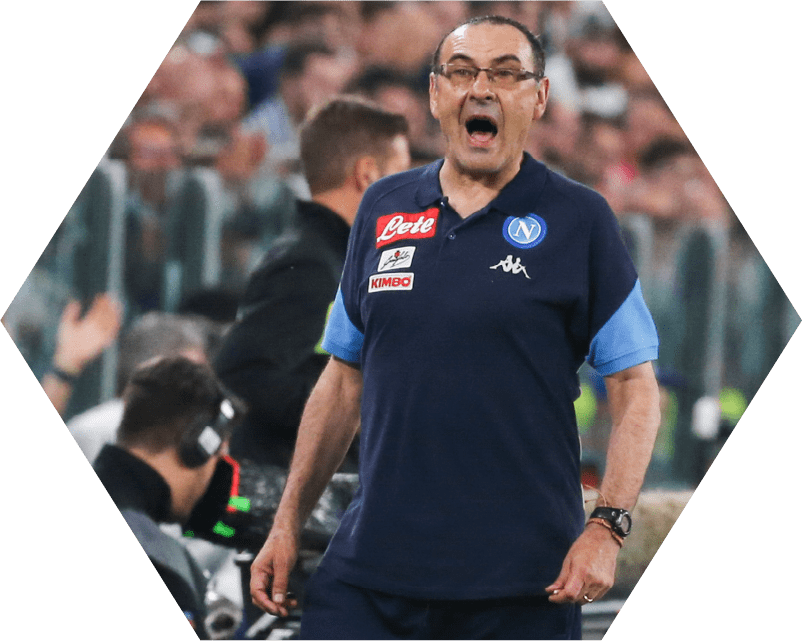 “Every 20 years there is an innovation in football. After Ajax we had Sacchi’s Milan, then came Guardiola, who rather sent football to sleep. Fortunately Sarri is waking it up again”.
Fabio Capello

The Premier League marked Maurizio Sarri’s first international challenge. Chelsea placed third, guaranteeing the club a place in the Champions League after a year’s absence. The season culminated in a triumph over Arsenal in the Europa League Final played in Baku, with Sarri’s men remaining undefeated throughout the campaign.

“I thought I knew a lot about football but Maurizio opened up a whole new world to me”.
Gianfranco Zola 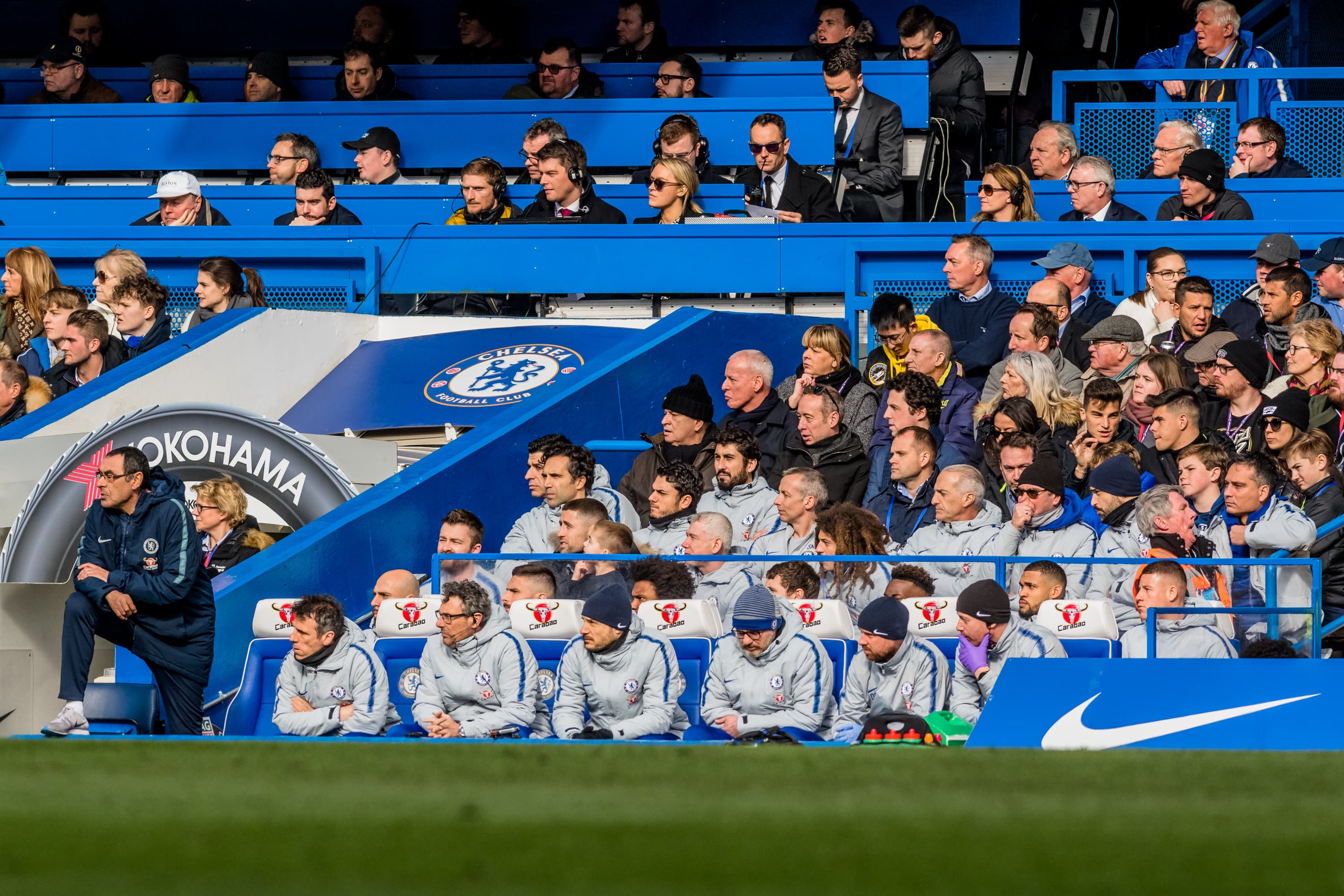 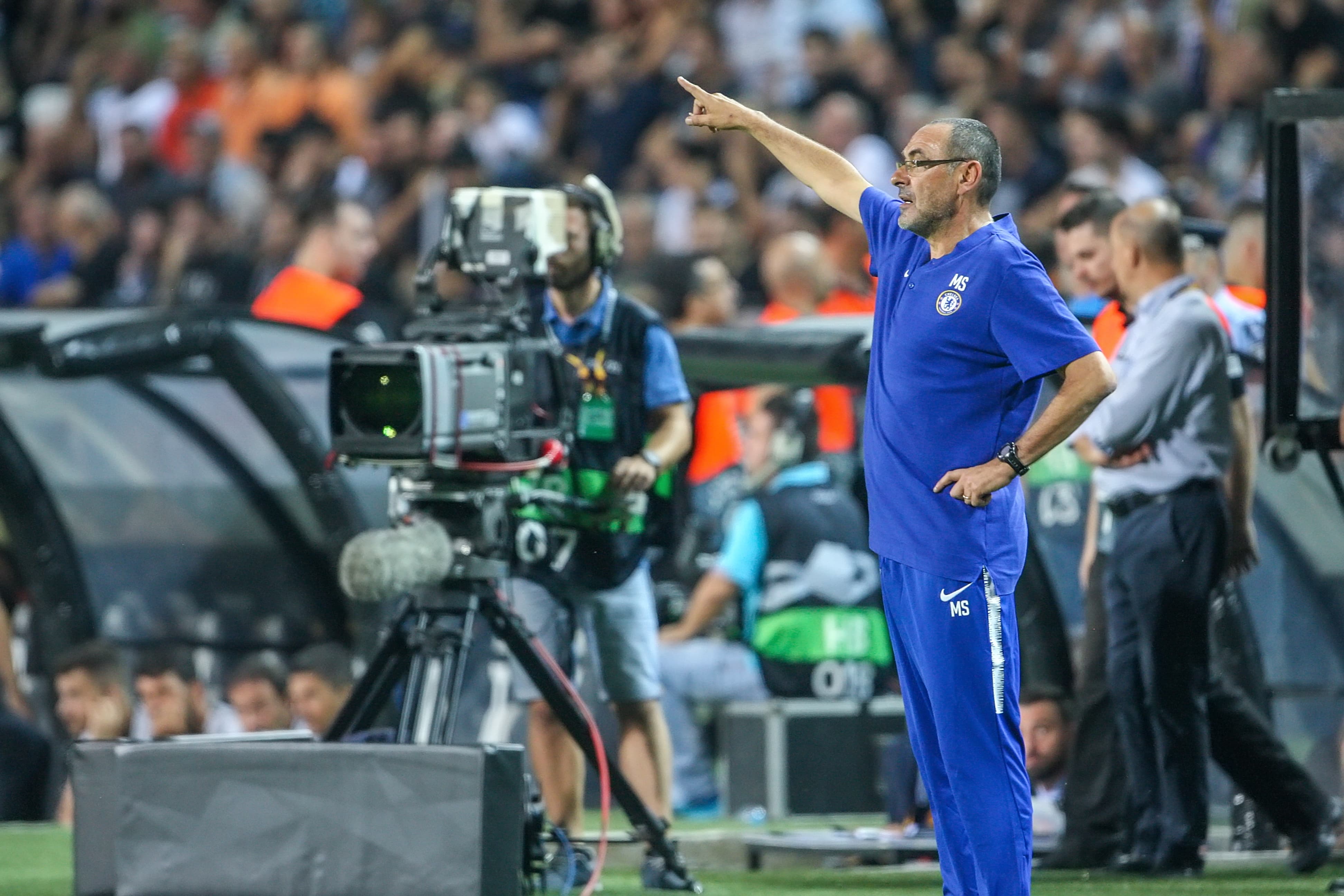 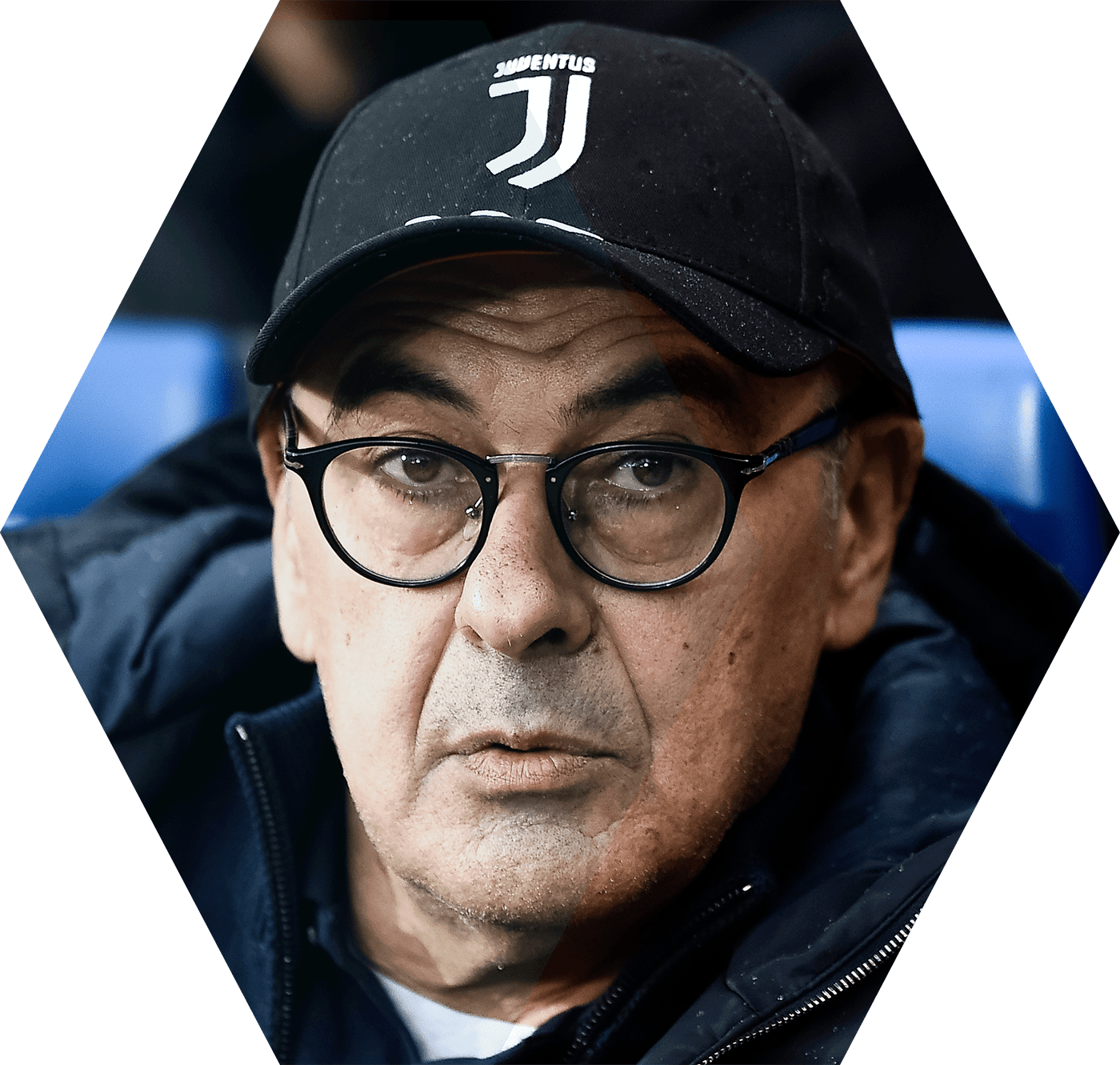 Following his stint in England, Maurizio Sarri returned to Italy to take up the reins of Turin-based club Juventus. Two days before the end of the championship, Juventus secured its ninth consecutive Scudetto and the Tuscan manager’s first. Maurizio Sarri became the most successful Italian manager in the 2019-2020 two-year period. 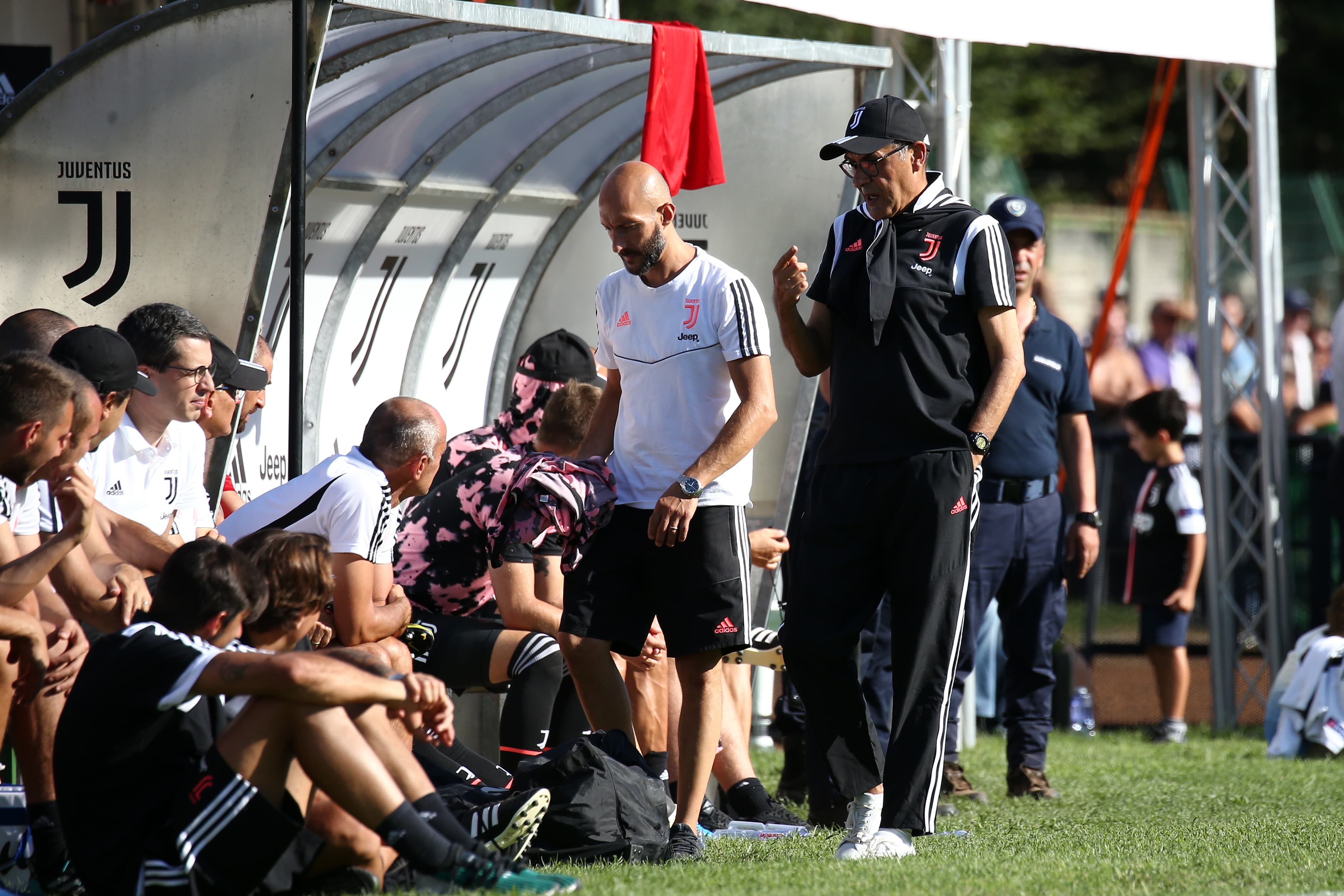 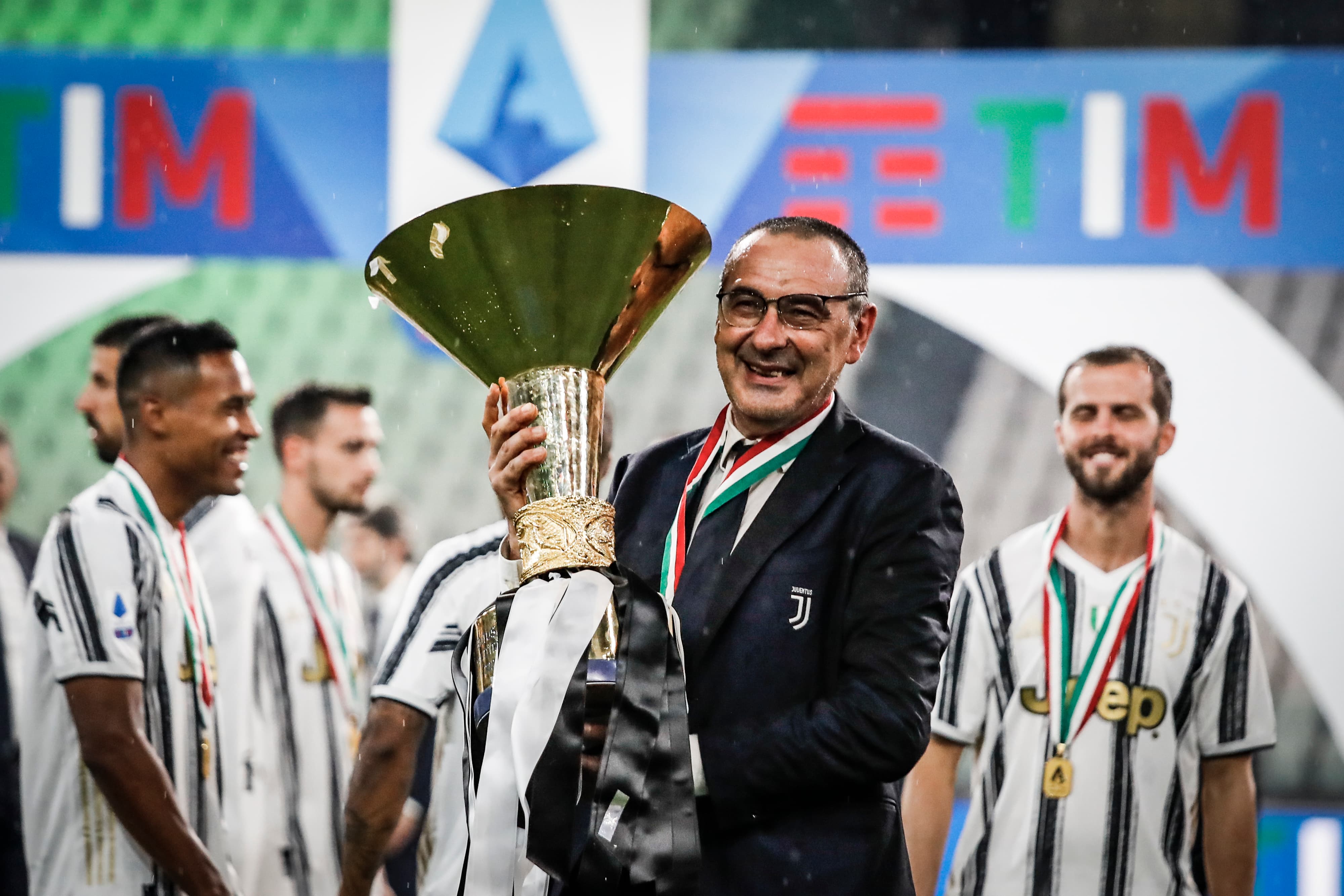 “Maurizio is a brilliant manager. He is the conductor and composer of the orchestra; he understands that the strength of the team improves individual players”.
Arrigo Sacchi 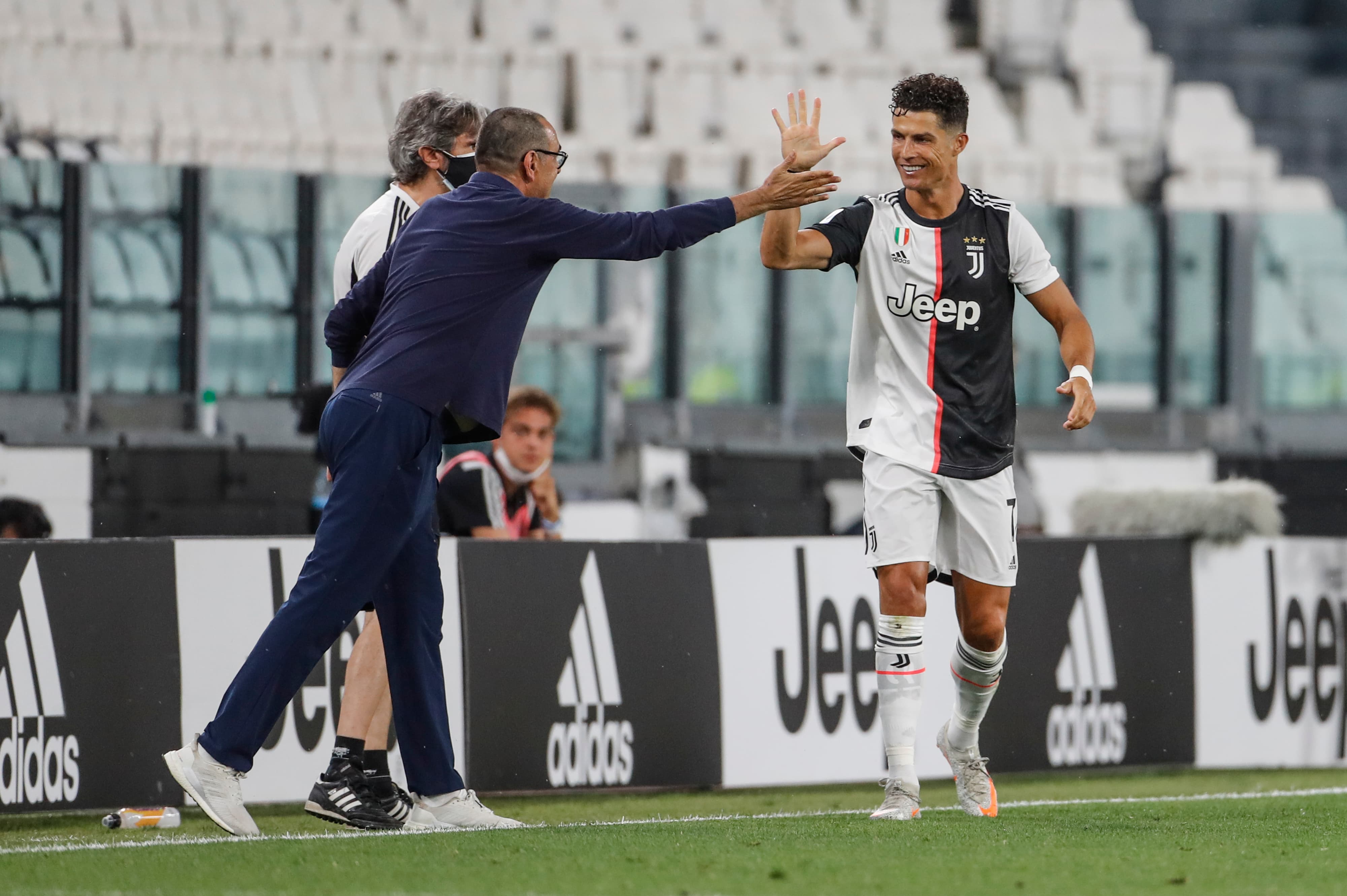 Maurizio Sarri is set to write a new chapter in his career as he takes the helm of Lazio from the 2021/22 season.